Big Data Statistics for the Big Future Ahead in Year 2020

Big Data Statistics for the Big Future Ahead in Year 2020 Statistics about the Need for Big Data 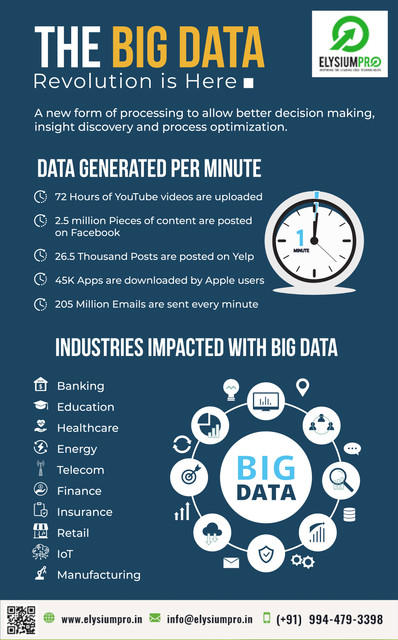 In general, big data is useful across the board. But the specific industries can benefit from it much more than others

Since users expect rich media on-demand in several formats and a different type of devices, some significant data challenges in communication and media involve

The consulting firm, McKinsey, estimated that big data analytics adoption could save up to 18% of healthcare costs. In 2021, that can amount to $593 billion in reductions too.

Major Industries That are Moving Fast towards Big Data

In order to, harvest the big data, you need a giant harvester. Some of the big data tools such as

Some of the better known features such as

MongoDB can be able to

The most prominent features such as

In the final analysis, the amount of raw data that has been generated around us is an increasing exponentially. In fact, the big data becomes important when it is combined with effective big data management tools, so that insights can be derived from the mass of raw data.